The airport, also less commonly known as Wold-Chamberlain Field, is a joint civil-military public use international airport. It is located in a portion of Hennepin County, Minnesota, United States, within 10 miles of both downtown Minneapolis and Saint Paul. MSP is the largest and busiest airport in the six-state Upper Midwest region of Minnesota, Iowa, Nebraska, North Dakota, South Dakota, and Wisconsin. The airport is mostly located in the census-designated place of Fort Snelling in an unincorporated portion of Hennepin County. Small sections of the airport are within the city limits of Minneapolis and Richfield. However, per Minnesota state law, the land on which the airport sits are not part of any city or school district.

The airport was named Best Airport in North America among air terminals that serve 25 to 40 million passengers annually, the second largest category, in 2016 and 2017 by The Airports Council International. The airport generates an estimated $15.9 billion a year for the Twin Cities’ economy and supports 87,000 workers.

In terms of passengers, in 2017 Minneapolis–Saint Paul International Airport was the 17th busiest airport in the United States. For the first time in at least 17 years, MSP was not in the top 50 of the busiest airports in the world, having fallen from 13th busiest in the world in 2000. A joint civil-military airport, MSP is also home to the Minneapolis–Saint Paul International Airport Joint Air Reserve Station, supporting both Air Force Reserve Command and Air National Guard flight operations.

Of all the passengers that fly through MSP, about 40% of them are connecting from other cities with a layover at MSP and about 60% originate at the airport. Sixteen airlines operate out of MSP, serving 166 nonstop destinations from the airport, including 137 domestic and 29 international markets. Internationally, Delta Air Lines flies to five trans-oceanic destinations with year-round service to Amsterdam, London-Heathrow, Paris–Charles de Gaulle, and Tokyo–Haneda, and seasonal service to Reykjavík–Keflavík. Beginning on April 1, 2019, Delta will bring the airport its first nonstop flight to Seoul, South Korea accompanying service from Atlanta, Detroit, and Seattle. Delta has also proposed nonstop service to Shanghai–Pudong — the first nonstop flight from MSP to mainland China — to start in June 2020, subject to government approval. In addition, Air France has seasonal service to Paris, Condor Airlines has seasonal service to Frankfurt, Icelandair has year-round service to Reykjavík, and KLM resumed year-round service to Amsterdam in March 2017, subsequently beginning MSP’s first Boeing 787 service in October 2017. Also, Aer Lingus will begin year-round service to Dublin beginning on July 8, 2019. With the addition of Aer Lingus, MSP will have nonstop service to eight overseas destinations. Delta and Sun Country Airlines both serve many cities throughout the Caribbean, Central America, Canada, and Mexico with seasonal or year-round service. In the coming years, Delta is expected to launch a direct route to Mexico City either on its own metal or by its partner, AeroMéxico. Compared to other large metropolitan areas in the United States, only Atlanta and Denver serve more non-stop markets per capita. 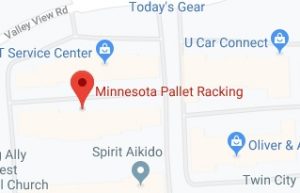